On 21 – 24 September 2021, the 15th International Conference and Exhibition for Oil and Gas Resources Development of the Russian Arctic and Continental Shelf “RAO / CIS Offshore 2021” was held in St. Petersburg, Russia. Gubkin University was represented at the event by activists of the Student Scientific Society.

The main goal of the event was the development of social, creative, logical and mathematical intelligence of the youth. Held since 1993, RAO / CIS Offshore has received international recognition and retains the status of the leading national forum which serves as the main platform for discussion of various issues related to fields development on the continental shelf of the Arctic and application of the latest technologies.

The plenary session on the development of the Arctic Ocean shelf became the central event of the Conference held within the framework of the presidency of the Russian Federation in the Arctic Council.

The youth session included a case for elaboration of the concept for infrastructure development of an offshore Arctic gas field, and brought together more than 100 participants from all over Russia. The event was held in the format of group trainings, panel discussions, as well as meetings with leaders and experts of the oil and gas, nuclear and IT industries.

Gubkin University students strengthened practical skills in the development and promotion of strategically important projects for the integrated development of the resource base of the Arctic zone of Russia, the construction of icebreaker fleet, important social and logistical infrastructure, as well as gained new knowledge and unique experience of team problem-solving. 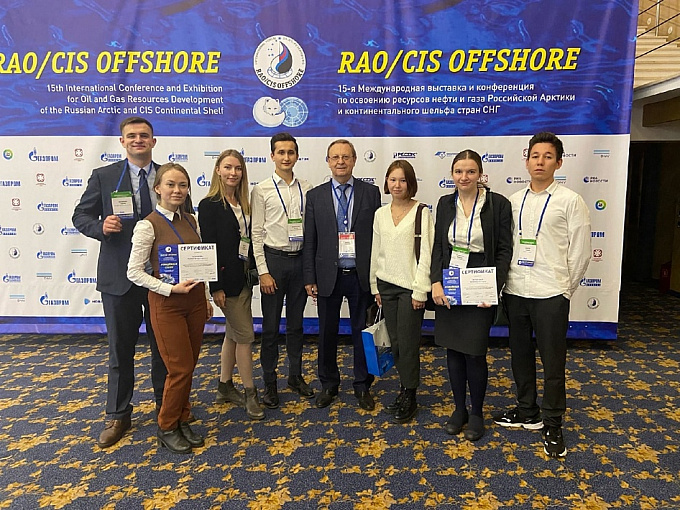