On 26–30 April 2021, Gubkin University hosted the International Forum "Oil and Gas – 2021". The event was held in accordance with the order of the Government of the Russian Federation dated 17 September 2018. Over 1,500 specialists, young scientists and students from more than 300 Russian and international educational institutions and industry organizations participated in the forum onsite and online.

“I am convinced that the decision taken by the organizing committee to combine two significant industry events – the All-Russian Scientific and Technical Conference “Relevant Issues of the Oil and Gas Industry Development” and the International Youth Scientific Conference “Oil and Gas”, which has been held since 2019 with the support of the Government of the Russian Federation, – will increase the well-deserved high reputation of the event in the professional and academic communities,” noted Mr. Alexander Novak, Deputy Prime Minister of the Russian Federation in his welcoming address.

The event started with the strategic panel session “Energy of the Future” which was moderated by Mr. Alexey Kulapin, Director of the Federal State Budgetary Organization “Russian Energy Agency” (REA) by the Ministry of Energy of the Russian Federation. Mr. Viktor Martynov, Rector of Gubkin University, Ms. Elena Akoltseva, President Baker Hughes Russia and CIS, Mr. Vadim Voevodkin, General Director at LUKOIL-Engineering LLC, Mr. Sederic Kremers, Chairman of Shell Russia, Mr. Pavel Revel-Muroz, Vice President of Transneft, Mr. Alexander Singurov, Deputy Production Director, Head of the Prigorodnoye Production Complex at Sakhalin Energy, and Mr. Leonty Eder, Deputy Director General for Prospective Development – Gazprom VNIIGAZ, participated in the panel session. During the session, the panelists discussed the issues of hydrogen energy industry, the Arctic as a resource base for the future, prospects for the development of IT technologies in the oil and gas industry, the use of artificial intelligence and neural networks, etc.

Within the framework of the forum, the training “Digital transformation, competitiveness and leadership in the oil and gas industry” by Mr. Sergey Mishin, Strategic Sales Department Director, Russia & CIS at Emerson Automation Solutions, and the motivational training “Personal effectiveness. Outbox Thinking program” by Mr. Sergei Ozerov, business coach, were delivered.

The following days, the work of the forum was organized through 24 thematic sessions of the 75th International Youth Scientific Conference “Oil and Gas”. Over 600 scientific papers that passed the preliminary competitive selection were presented at the conference. In 2021, about 170 representatives from more than 70 organizations of the oil and gas industry participated in the expert commission.

For the first time, the Youth Oil and Gas Hackathon Championship “Digital OilHack” was held within the framework of the forum. Limited by 24 hours, the participating teams had to propose a case solution aimed to develop a data visualization system for the use of import-dependent software in subsidiaries of Gazprom Neft PJSC. Gubkin University team became the winner of the championship, and outstanding participants received certificates for internships in the relevant department of the company.

On the final day, a meeting without ties was traditionally held during the forum, where the participants of the meeting had the opportunity to ask questions to the heads of agencies and oil and gas companies. The meeting was moderated by Mr. Boris Belozerov, a team captain of the Club “What? Where? When?” Mr. Michael Collins, Chief Executive Officer of Salym Petroleum Development N.V., Mr. David Gadzhimirzaev, Executive Director of Baker Hughes Russia and CIS, Mr. Nikita Golunov, Vice-Rector for Continuing Professional Education at Gubkin University, and Mr. Pavel Galaktionov, Manager working with federal and supervisory authorities of the Russian Federation at Shell, answered the questions of the participants.

At the meeting, the issues of commercialization of the youth scientific projects, career development, required competencies in the oil and gas industry were discussed. The particular emphasis was placed on digital transformation, the role of student science in the development of an innovative scientific and technical base of the industry enterprises, internships, practical trainings and employment opportunities in leading oil and gas companies.

The forum ended with the ceremony of awarding the prize-winners of the conference, competition and hackathon. 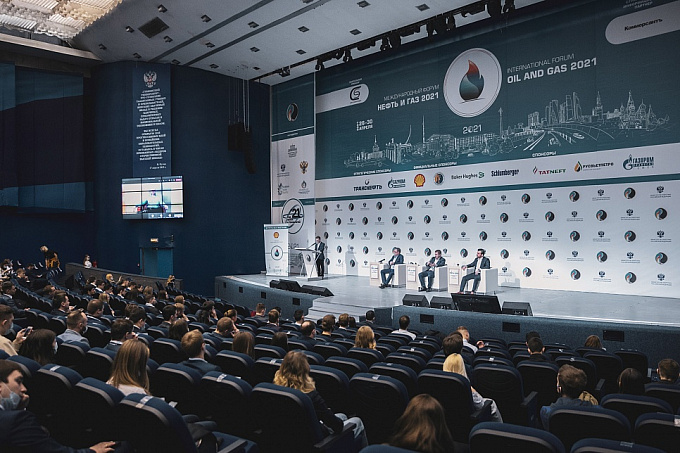 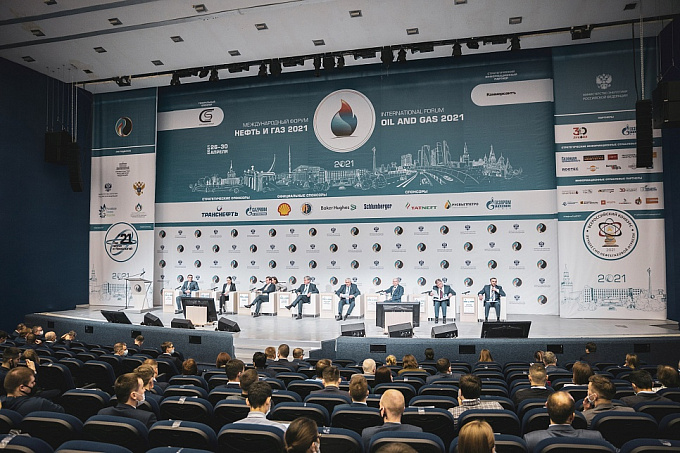 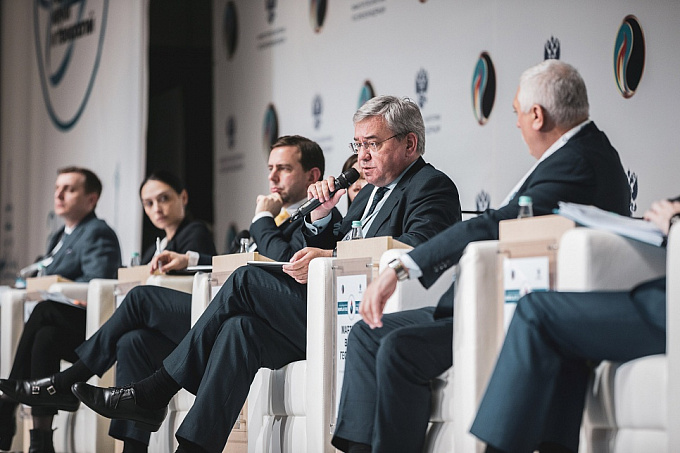 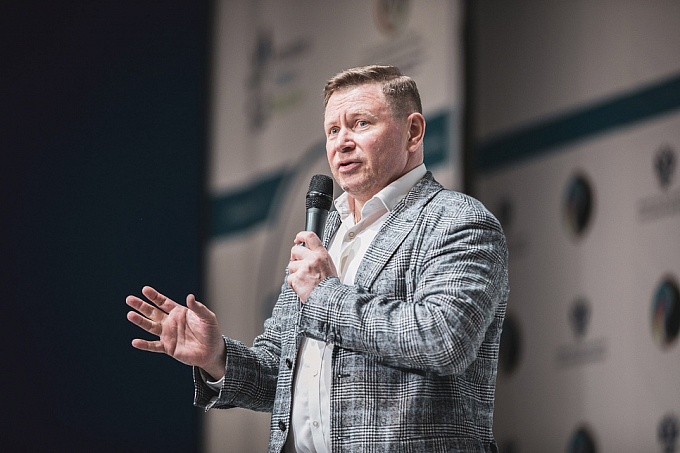 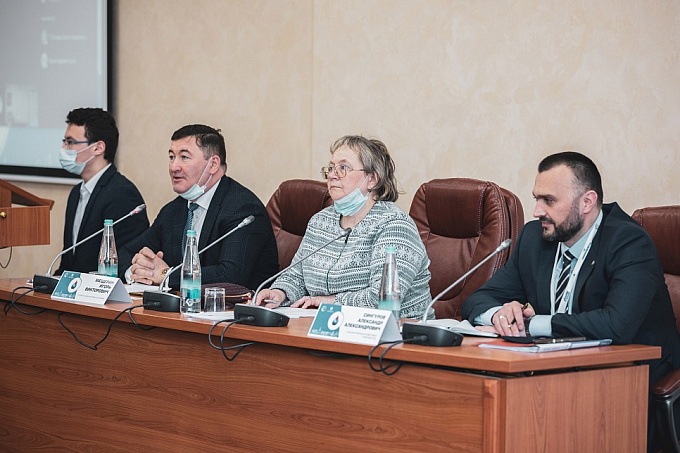 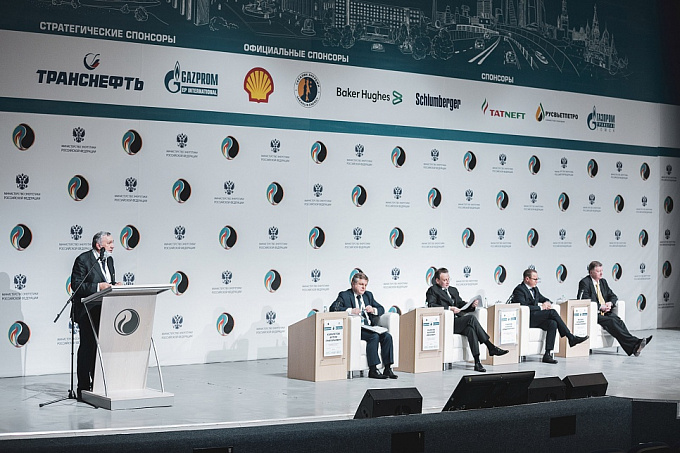 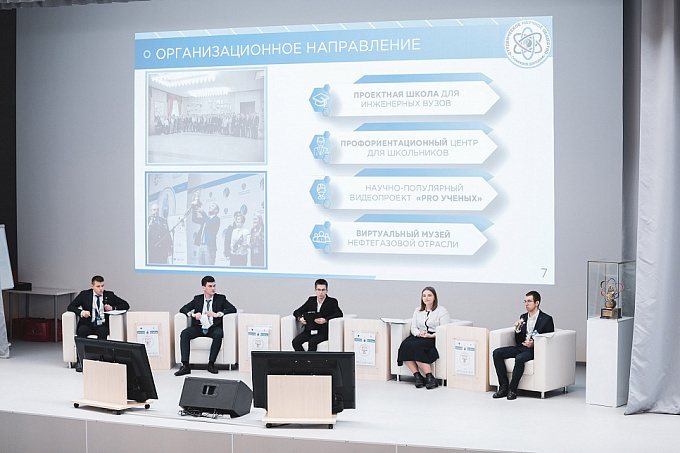 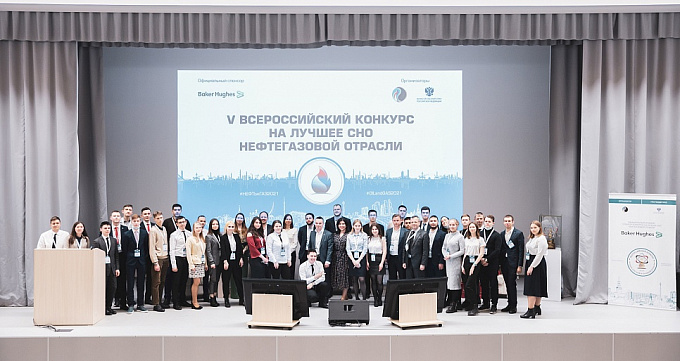 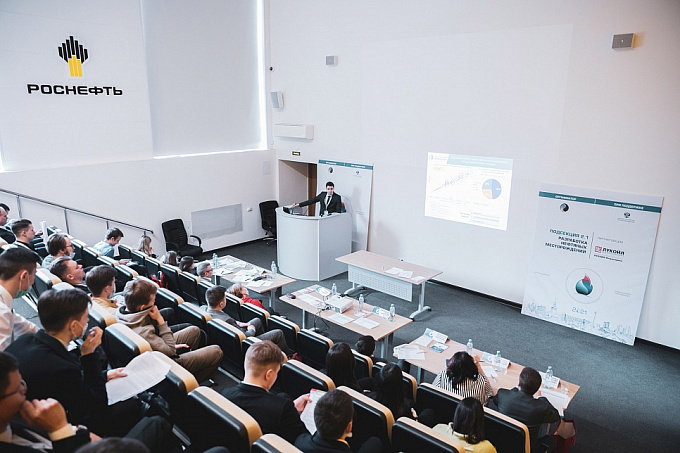 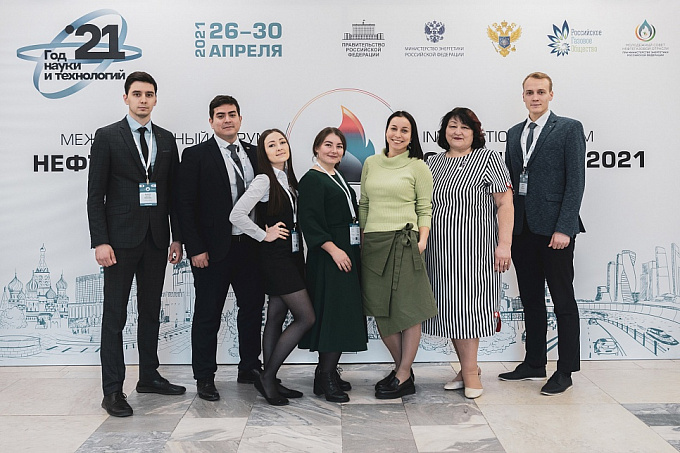